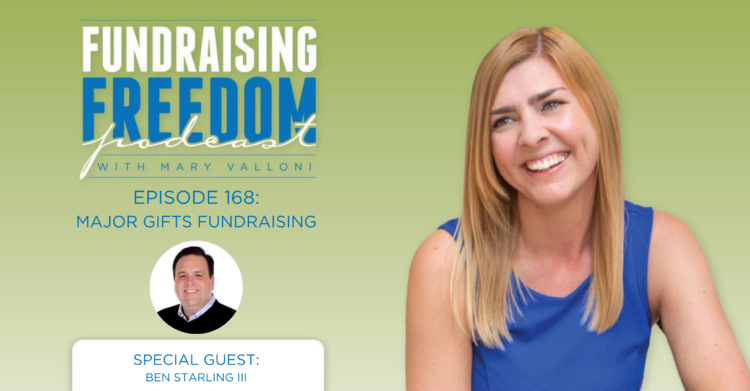 My guest today is Ben Starling III.  Ben is a former director of philanthropy, has worked on huge projects like the Museum of the Bible and Scripps Research Institute. He’s from Palm Beach, Florida, and he runs a business called Southern Philanthropy. Southern Philanthropy offers custom-tailored fundraising services for profit, nonprofit organizations, and philanthropists.

Tell us a little bit about you.

My entire career has been spent on fundraising. When I was a sophomore in college, I had to work, and I answered an ad on the college billboard to go and run errands at a fundraising PR office. I really didn’t know exactly what that meant but I knew that I could run errands and the office was close to the school. So, I went down there and from that point forward, I never looked back. The gentleman was an old man, and he told me he was going to mold me into his image. I learned so much; he was a master.

What part of it did you really enjoy?

I am always inquisitive about people. I love to know what they think, what they do, what they believe, and why they believe it. I love to know where they began their life experiences. And I quickly discovered in fundraising that, true fundraising, meant that you get to know people and you get to know them generally over lunch and I love a good meal. It was exciting to listen to these people and to understand their life experiences. I come from a small southern town, and so when I met with these people and they talked about their travels around the world, the important people they knew they had experiences that I could only begin to imagine. I’ve always loved helping people and bringing people to the table. I’ve always had the gift of gab and that has enabled me to have a lot of friends and a large network. I always got great joy in bringing people together for the common good or a good cause. I realized; this is fundraising. This is my profession. This is my calling in life. It was a natural fit.

Is there anything that fundraisers should be scared of when it comes to trying to secure a major gift from a very wealthy person?

Absolutely not. I can tell you that I’ve worked with people all over the financial spectrum. And by far the easiest and most genuine people that you will ever work with are those at the highest levels financially. I have often given speeches of lessons from America’s billionaires or the 13 billionaires that I’ve worked with. I can tell you that they’re generally very humble people. They’re not enjoying attention drawn to their wealth, and they are committed to making a difference and in a lot of times, in fundraising, you can find people who want their picture in the paper or they want their name on a building or they want to be in the spotlight. They want to use a charity in order to get that spotlight. But when you get to the top financial levels, you don’t have to impress anyone. So, you’re not aiming to chair a gala. But what you are aiming to do is to change the world. Philanthropy at the highest levels is about changing the world. I’ll never have a billion dollars to be able to change the world myself but my contribution to changing the world is inviting others who do have that financial ability to join into an organization or to a mission and to participate financially.

What are you seeing right now that’s holding nonprofit leaders back?

Overall, I have to say it is a lack of fundraising training. For a lot of people, they’ve cut their teeth in special events, and they believe special event fundraising is the one and only way to go. What I’m seeing now is these event-driven organizations are having a very, very difficult time because of COVID. COVID has shut those events down.  A lot of the event-driven organizations are heavily supported by businesses that give corporate sponsorships and those sorts of things. A lot of that money is dried up and so another source of funds that I teach on are major gifts and key philanthropists in an area.

What is a major gift to an organization?

I get that every time I speak on major gifts and the answer is it varies. It depends on your organization. I’ve worked in organizations before where $5,000 was a major gift. I have given advice to some startup nonprofits where if you gave them $1,000, they thought that they had hit the lottery with $1,000. When I went to work for Scripps Research Institute it was interesting because the major gifts level started at $100,000. They wanted us to focus on people who could give $100,000 and at the Museum of the Bible, we set the target at $500,000 for major gifts to begin. You have some schools, Harvard and Yale, and some of those with billion-dollar endowments, where major gifts may begin at a couple of million dollars. So, it varies but everybody needs to take a look at their donor roles and determine what is a major gift to your organization. I’ve often classified that as something that makes a difference. $25 is a nice gift but that doesn’t always pay the bills. What is your threshold and, whatever is wanted to establish that becomes your benchmark in the major gift arena.

What advice would you give to someone just getting started with raising major gifts?

You need infrastructure and you need knowledge. Major gift fundraising is very different than special event fundraising. Knowing the difference, knowing what to look for, and knowing how you should structure things is vitally important. I’ll give you an example. So, in special event fundraising, your audience is basically anyone who can afford to buy a ticket to come. Those people who buy tickets will refer to them as ticket buyers. You may have someone there that’s coming who is capable of giving at your major gift level. I cannot stress this enough that in major gift fundraising, you have to know the difference between a ticket buyer and someone who wants to change the world. In special event fundraising, you’re focused on quantity. I’ve always believed that it is much easier to get $1 million from one person than it is to get 10 $100,000 gifts. It’s knowing what to look for, knowing how to structure, and then following a strategic plan.